Fun fact: from 40,000 feet, you can see Indianapolis and Chicago at the same time. 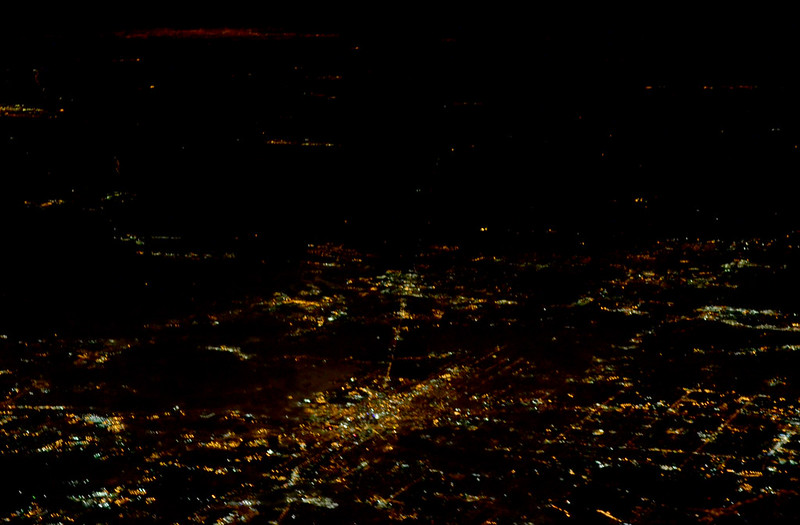 That’s the Windy City and its southern suburbs at top left, about 150 miles distant, and downtown Indy at bottom-center. Photographed after flying out of St. Louis. 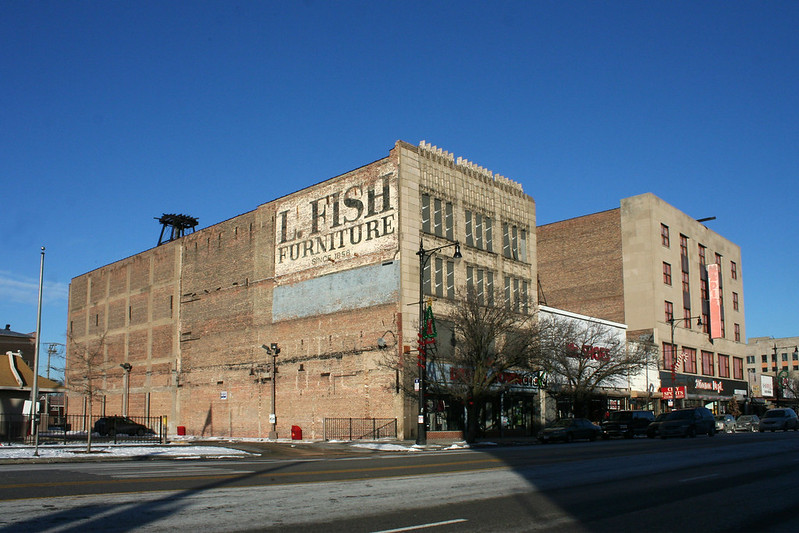 Madison Street, west of Garfield Park – where to even start?! A grandiose commercial district, with landmark after landmark. Historically, it rose fast and fell hard; today it’s a tattered place, but still busy. Second- and third-tier businesses persist in buildings created for far richer occupants. We’ll take a closer look at some of them in the next few posts, starting with my personal favorite. 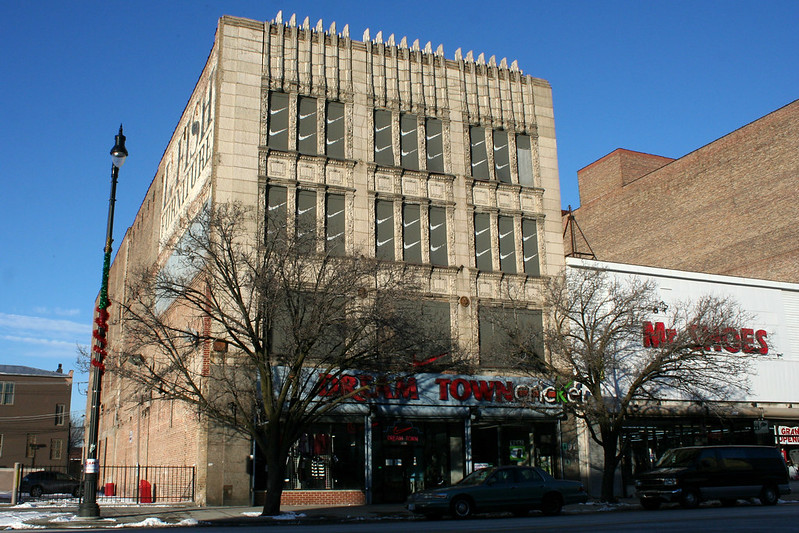 The building at 4042 W. Madison Street is a genre-defying show stopper. A buff terra cotta facade rises three stories above the street to a magnificent crest. The ornamental style is an impure Art Deco – the line of fins recalls streamlining and the tall, thin masses of New York skyscrapers, while the eagles and floral ornament are more organic, more harmonious with traditional styling. 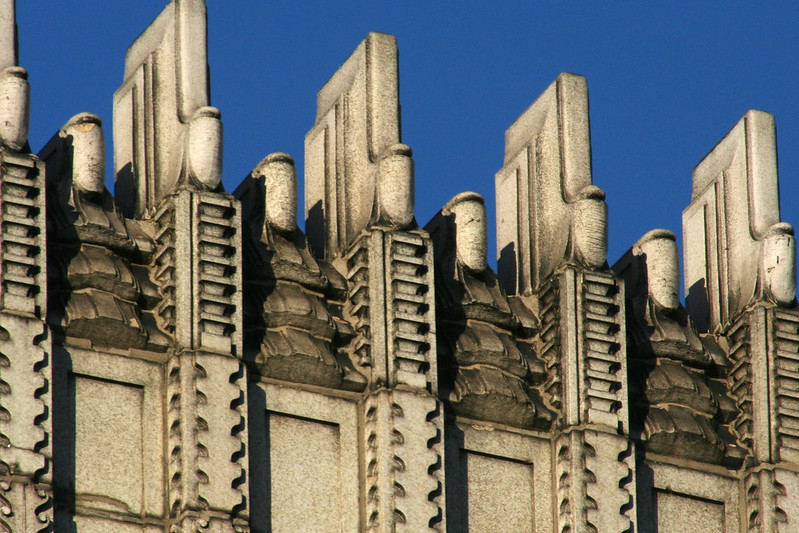 The building was erected by Spiegel’s, a Chicago furniture seller who later morphed into a nationwide catalog house. Architects were B. Leo Steif & Co.; the firm also designed another Spiegel’s location at 64th and S. Cottage Grove at the same time (long since demolished) as well as a variety of apartment buildings around town. Mr. Steif (1894-1953) described the style as Spanish Renaissance and claimed the details were adapted from a town hall on the Spanish island of Majorca, though I don’t see it. Those fins sure didn’t come from Spain! As with most American architecture, it’s a free composition drawing liberally from many sources. The interiors were reported to be ornate and finely furnished as well. A small cable-suspended canopy over the entry has been lost.

The building opened on May 14, 1927, to no small fanfare – radio station WGES broadcast from the new store, an orchestra performed on site, and an airplane dropped cash-redeemable prizes onto the crowd. The roaring 20s indeed! 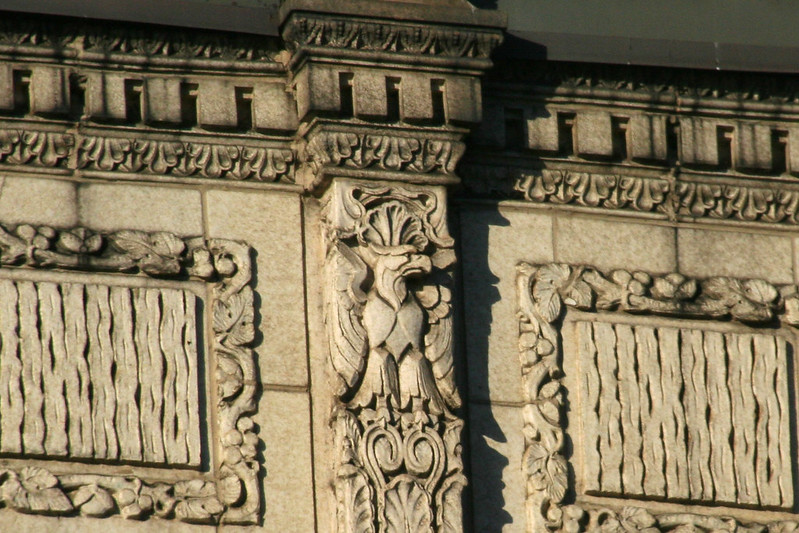 At some subsequent point, the building was expanded to the north, with a concrete-frame addition filling the lot all the way back to the alley.

Spiegel’s furniture business was bought out in 1932 by Hartman’s, a regional chain with over 30 stores.  By 1938, Kennedy Furniture Company was in business there instead. The biggest chapter of the building’s life began in 1939, however, when it was bought by the L. Fish Furniture company. A local chain with four locations around town and more elsewhere, L. Fish was founded in 1858 and was a long-lived Chicago institution. Their faded painted sign remains on the building’s west party wall today, above the ghost outline of a lost three-story building. 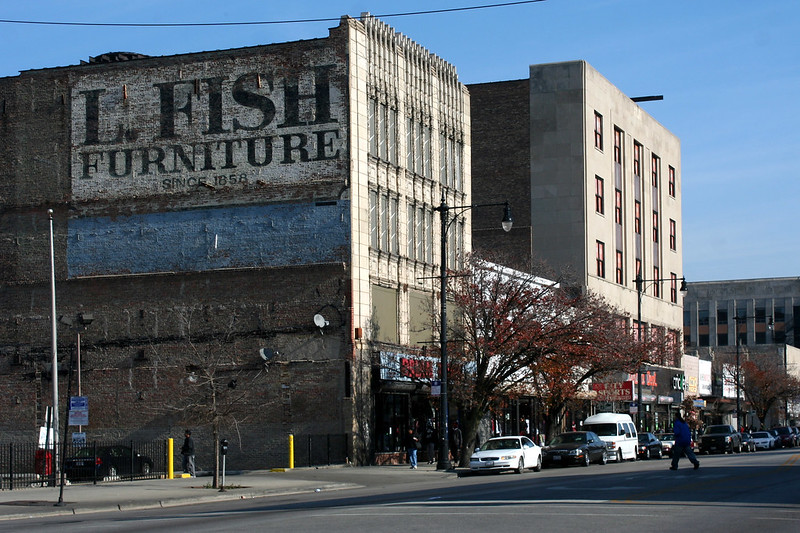 After a 44-year run on West Madison, L. Fish Furniture was bought out by North Carolina company Heilig-Meyers, Inc. in 1993. Heilig-Meyers closed its Chicago stores in 1999 and went bankrupt in 2000. It seems they’d already sold off this location, however, because in 1992 the current occupant opened: Dream Town Shoes.

Dream Town started in ironic circumstances. Named for the 1992 Olympic Dream Team, it opened in the wake of the riots that followed the Bulls’ 1992 victory. The store’s owners suffered looting and a devastating fire at their older Diana Department shoe store, two doors east, but forged ahead nonetheless. Both stores have thrived and remain in business today, focused on the most trendy shoes. Dream Town even has an indoor basketball court inside the store! 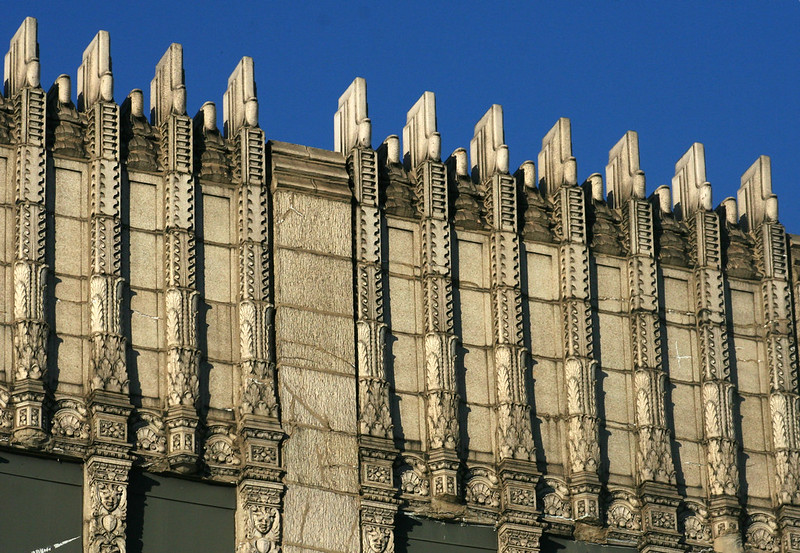