On a recent visit to Chicago, I was shocked to see that the General Automation, Inc. building (3300 W. Oakton Street at McCormick) was gone. In its place, a generic big box style store selling flooring. 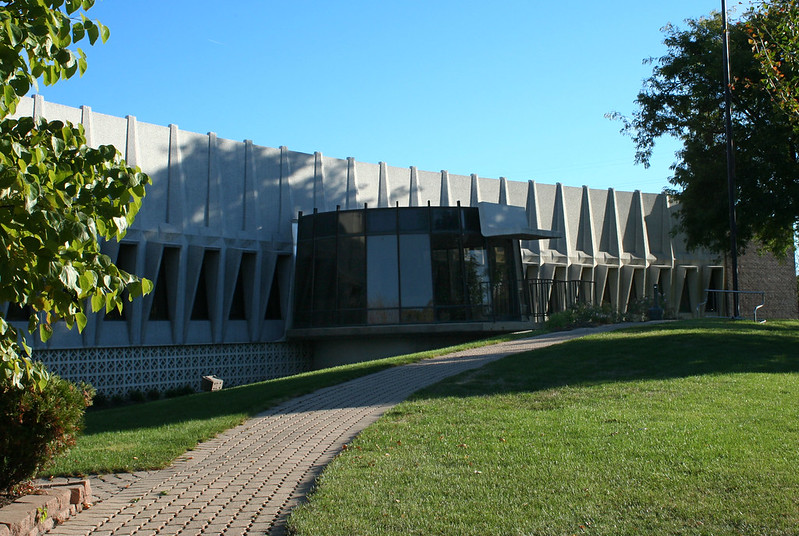 General Automation’s building was one of the north shore’s most distinctive bits of Mid-Century design. It encompassed 75,000 square feet of offices and factory floor for a company that produced precision metal fabrications – machine parts, screws, etc. 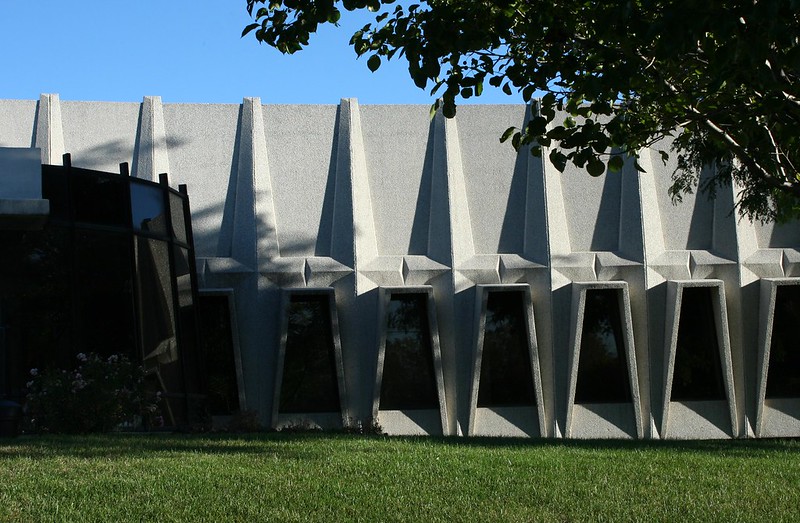 Most of the architectural interest was in the curved office section facing Oakton. Concrete piers and panels framed pyramidal windows, in an elaborately framed facade. At the center, a pod-like vestibule welcomed arrivals to the futuristic building. Concrete pattern block screened the lower levels. The major face of the warehouse was lined with concrete panels, decorated with simple fins and a small incised circle on each panel. 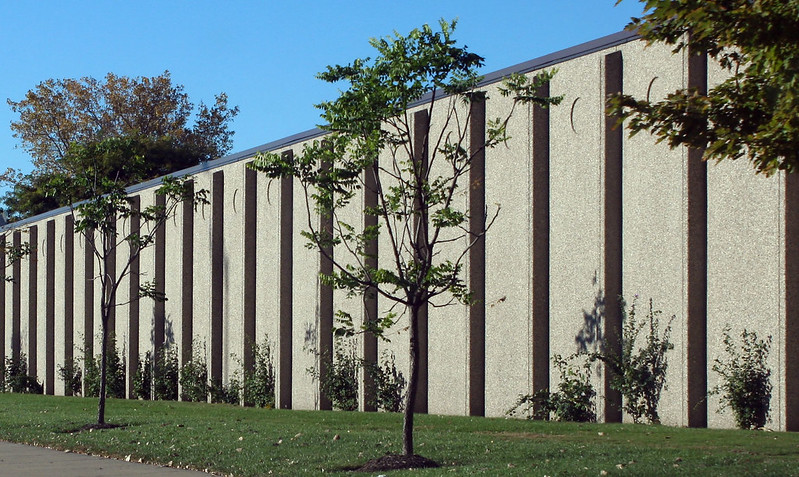 According to the successor firm’s website, the General Automation brand began in 1935. A 1958 obituary for an employee (William Starr) lists the company at 900 N. Franklin Street, near what is now the Brown Line tracks downtown. In the 1960s, they moved to 1755 W. Rosehill Drive, in the former industrial corridor along the UP North Metra tracks. 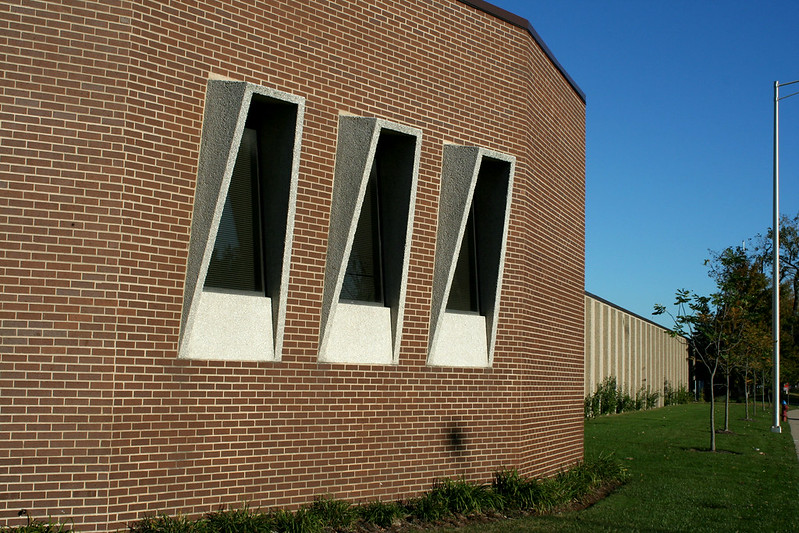 In 1982, the company moved to its newly constructed digs at Oakton and McCormick. Yep, you read that right: the hyper-futuristic 1960s building is actually a 1980s building, at least according to the Life: Skokie Edition newspaper, which noted the company’s pending move in a November 1981 article. No word on the architect, alas, and no independent confirmation that I’ve been able to locate (I find the 1982 date difficult to reconcile with the building’s architectural style.)

In recent years, the company combined with three others to form HN Precision; the consolidated corporation specializes in precision-milled machine parts, serving a variety of industries including rail, oil and gas, automotive and more. Consolidation among the merged companies began in 2011, and the Skokie location closed circa 2012. 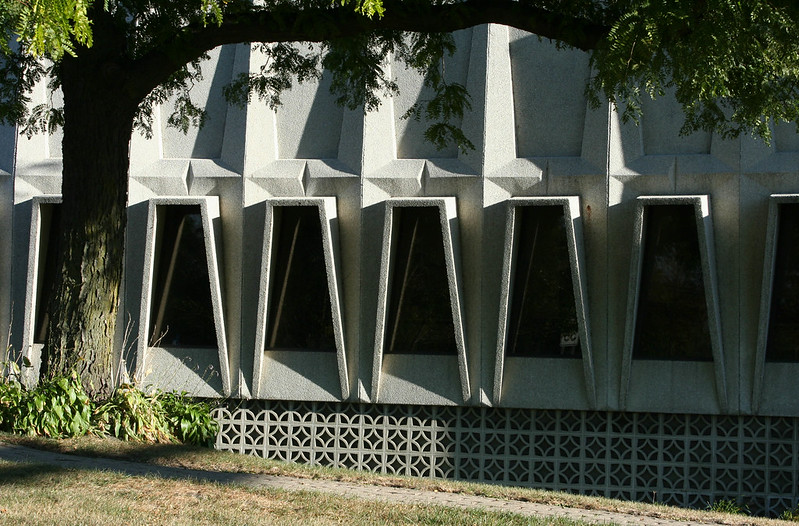 The building was sold at the end of 2013, stripped of its architectural exterior, and reclad to bland blend in with its surroundings. 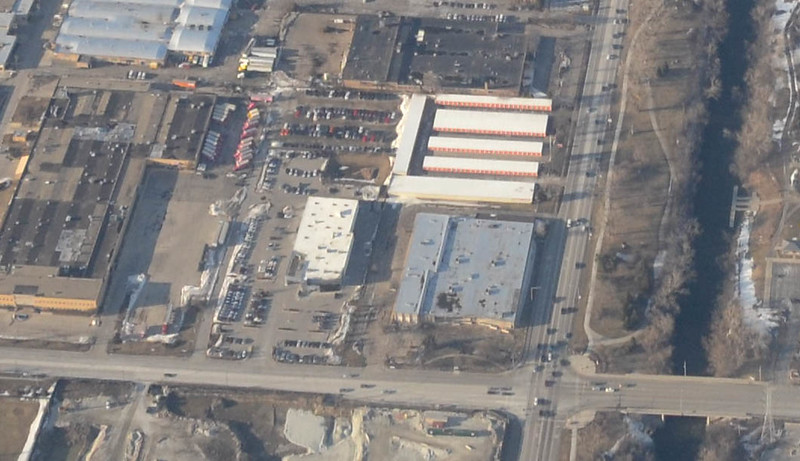 General Automation, Inc. of Illinois should not be confused with an identically named company which, though based in California, also had significant operations in the Chicagoland area. This other General Automation engineered, sold, managed and maintained computer systems, from 1967 through the 1990s, under their own name and the subsidary California GA Corporation, with offices in Des Plaines and Bensenville. As far as I know, they did not have an awesome Brutalist factory building.

Of interest to industrial fans: the vacant lot across Oakton was once a natural gas facility, including three gasometers dating to 1911. They were demolished in the early 1960s; the site is currently undergoing cleanup of remnant contaminants.

9 thoughts on “The End of General Automation”